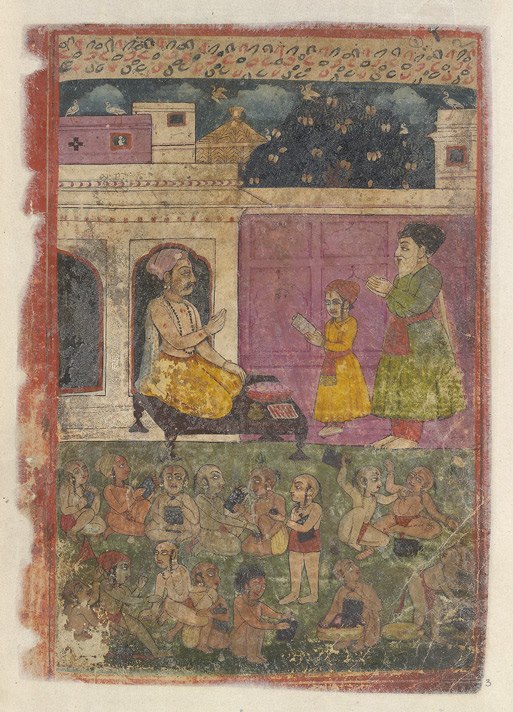 This miniature comes from the 'Janam Sakhi' in Punjabi, a prose hagiography of Guru Nanak compiled and copied by Daya Ram Abhrol in 1733 with 57 miniature paintings by Alam Chand Raj. The work consists of a series of 58 'sakhis' - ethical and moral anecdotes - written in the Gurmukhi script.
Copyright © The British Library Board

Click on the Punjab Digital library link to read the Janam Sakhi by Bhai Mani Singh.

How come Nanak is not dressed like other kids