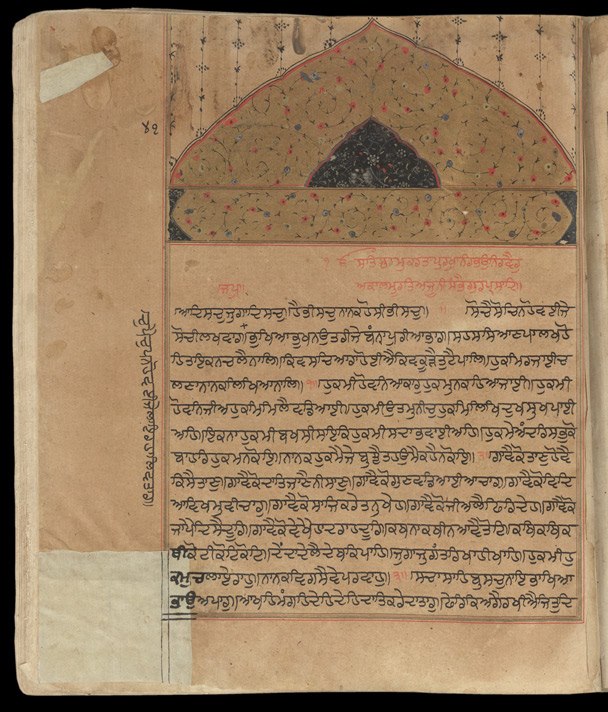 Selections from the Guru Granth Sahib - 1603

This is the oldest known manuscript copy outside India of a substantial part of the Sikh scripture, the 'Guru Granth Sahib' or 'Adi Granth'. The original 'Adi Granth', containing verses by the founder of Sikhism, Guru Nanak, and other Sikh Gurus and saints, was compiled in 1603-4 by the fifth Sikh Guru Arjun. This manuscript dates in part from the middle of the 17th century (c.1660-75), and is therefore one of the twenty oldest known copies in existence. It was purchased by the British Museum in 1884 from the Reverend A Fischer, who had been the principal of a missionary school in Amritsar, Panjab.