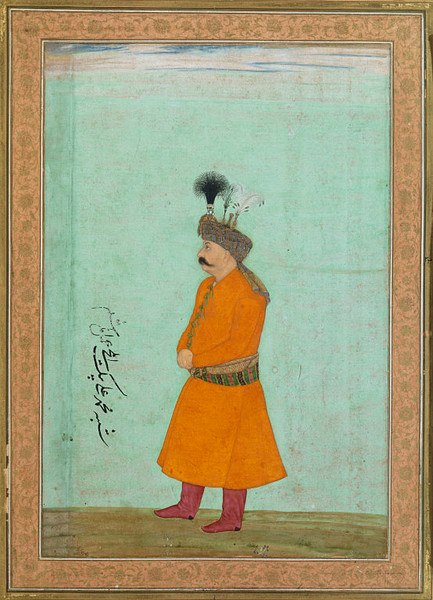 Muhammad ‘Ali Beg was the ambassador sent to the Mughal court by Shah Abbas of Iran, arriving in time for the New Year festival in March 1631. He remained there until October 1632, during which time his portrait was painted by the royal artist, Hashim. The painting is inscribed in Persian ‘likeness of Muhammad Ali Beg, ambassador, the work of Hashim’, possibly by the Mughal emperor Shah Jahan. It was later mounted on a page with margins decorated with flowering plants and insects for inclusion in an album for the emperor.