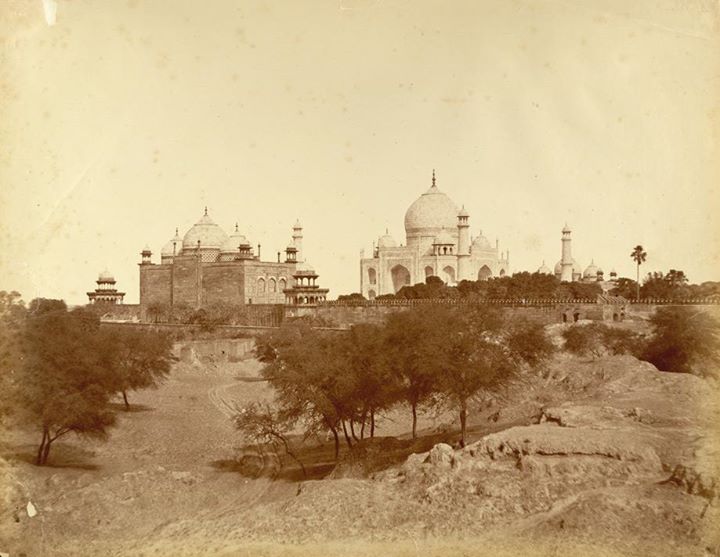 Part of a portfolio of photographs taken in 1858 by Major Robert Christopher Tytler and his wife, Harriet, following the Uprising of 1857. The Taj Mahal was built by the Emperor Shah Jahan for his favourite wife Arjumand Banu Begum upon her death in 1631. Constructed of India’s finest marble, quarried at Makrana near Jodhpur, it took 12 years to build involving 20,000 craftsmen from all over Asia. The pietra-dura was done with thousands of precious and semi-precious stones imported from distant lands. The domed white marble mausoleum stands on a plinth with tapering minarets on each corner, at the end of the charbagh garden rather than the middle. To the mausoleum's west stands a triple-domed red sandstone mosque, and to its east the mosque's jawab or compositional echo.

It took 22 years to build, I think. The gate house of the Taj has 11 cupolas on front and back, each cupola representing a year of construction.

I know and I have sat on the Diana seat. He also had plans to built an identical building behind it but in Black so we were told but he died before it was built, obviously.