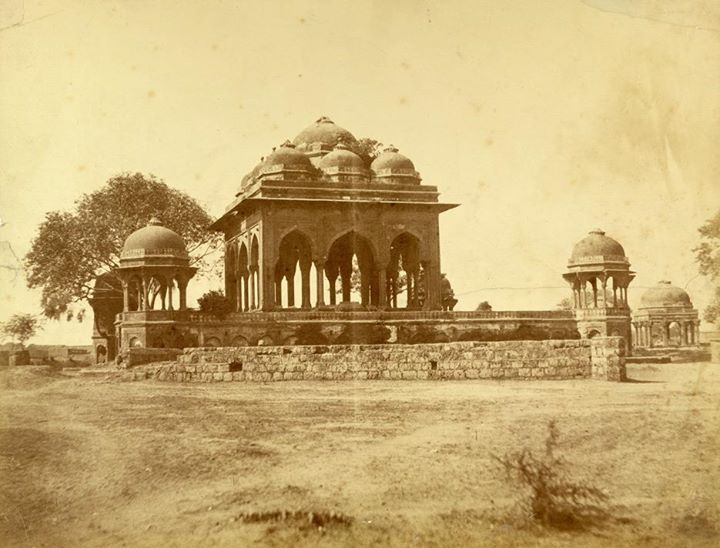 Photograph of a mosque at Meerut, taken by Major Robert Christopher Tytler and his wife, Harriet, in the aftermath of the Uprising of 1857. Meerut was a garrison town about sixty km from Delhi. In May 1857 a British command court-martialled eighty-five sepoys for not using their rifle cartridges. The sepoys had refused to use the cartridges as they were rumoured to be made with pig and cow fat, which had to be bitten with their teeth. This was against both the Islamic and Hindu religion. This event sparked an Uprising, at a time of already unsettled relations between the Indians and British rule. The Uprising lasted thirteen months: from the rising of Meerut on 10 May 1857 to the fall of Gwalior on 20 June 1858.

Is there any trace of it today?

will try to check

Mosque the main resort of the mutineers - Where do you, RBSI get all this little details that are so fascinating.

RC Tytler was Superintendent of the Penal colony of Andamans, where he bossed over the sepoy mutineers. The tallest peak in Port Blair is named after his wife as Mt. Harriet.

Pulin Trivedi: This post is courtesy of British Library.

More details about this Meerut site, thanks to Dr Amit Pathak, based in Meerut, who has researched & published an excellent work on 1857 links of Meerut & its vicinity - " This building is not a mosque but a mausoleum built by Nawab Abu Mohammad Khan Kamboh for his father who died in 1639 at Meerut. Nawab Abu was also subsequently buried in the same mausoleum. The name of Nawab Abu lives on in Meerut through the famous Abu Nala which was initially built by the Nawab as a fresh water canal to bring water from the Kali Nadi to Meerut city. In the past 100 years or so, with the rise in population, it has become a large drain. His name also lives in the best market of Meerut - Abu Lane and also in the Kamboh Gate which is now more commonly called the Ghanta Ghar......At present the building is in an utter state of neglect. It has been nearly completely built over by a huge slum, the whole of the open space seen in the above photograph is gone, filled with buildings with small alleys passing in between them." ...thx Amit Pathak

Thanks for the intresting snippets you keep sharing!