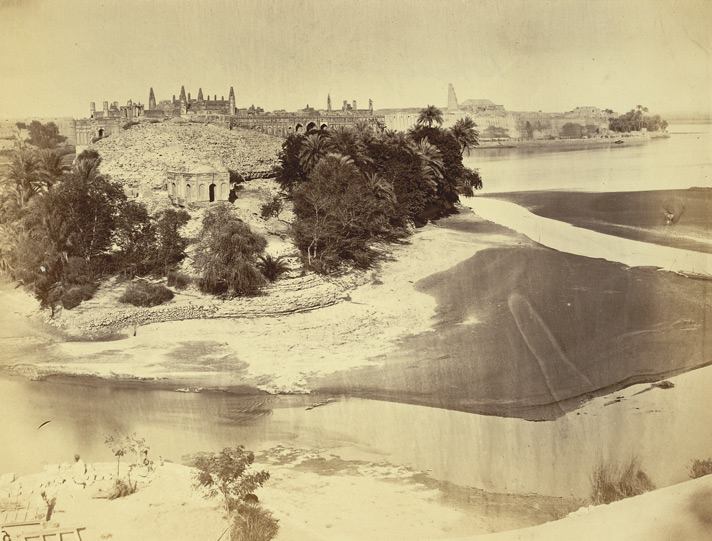 Photograph of Rohree (Rohri), Sind, part of the ' Crofton Collection: Topographical and architectural views mostly in India', taken by an unknown photographer in the 1860s. Rohri is on the east bank of the Indus River and it is believed that the site was originally founded in the neolithic period. It is a sacred site to Muslims and in 1545 Mir Mohammad Kalhora built a shrine to receive a hair of the beard of the Prophet; the relic is still on public display one day a year. This photograph shows Rohri in the distance with the Indus River in the foreground. The Indus is the principal river of Pakistan and it flows southwest from the Himalayas to the Arabian Sea.

What about before the Muslims? do you know of any history before the Invaders of the true India?

i saw Rohri, papa had clinic in rohri. rohri is full of shrines and one bridge joins sukker and rohri. indus river is like sea very big.