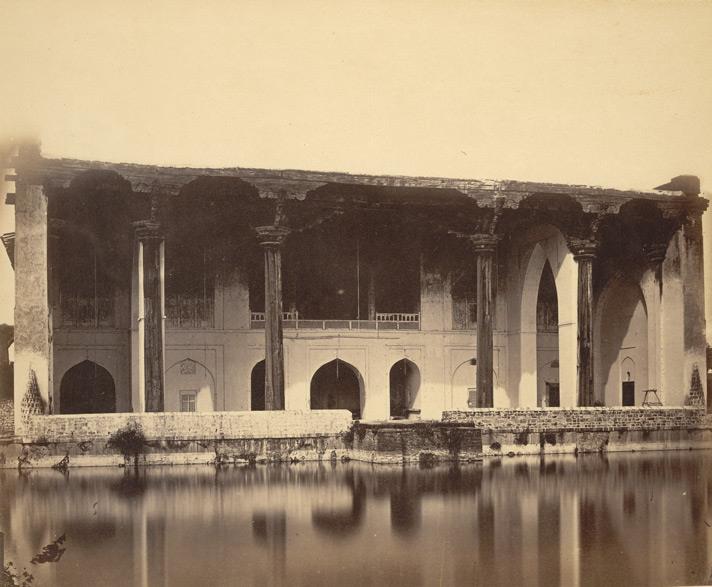 Photograph of the The Asar Mahal in Bijapur. The Asar Mahal was built by Muhammad Shah in 1646 as a Hall of Justice and later became a sacred sanctuary housing some hairs from the beard of the Prophet. The east side is an open portico supported on four wooden pillars facing an artificial lake. A staircase leads to a large hall and to the right there is a verandah overlooking onto the portico. To the rear there were rooms arranged on two floors in which there are some frescos.

Hairs from the Prophet's beard are also stored as relics at Hazratbal in Srinagar and at the northern tower of Jama Masjid, Delhi. It is believed to have been brought to this country by Syed Abdullah, a descendant of the Prophet Muhammad who left Medina and settled in Bijapur in the early 1600s. With the Mughal conquest of the region, the heirs of Syed Abdullah sold the relics to various businessmen, before Aurangzeb had them confiscated and stored at the shrines mentioned above.

Who made this photograph? Unknown right now?