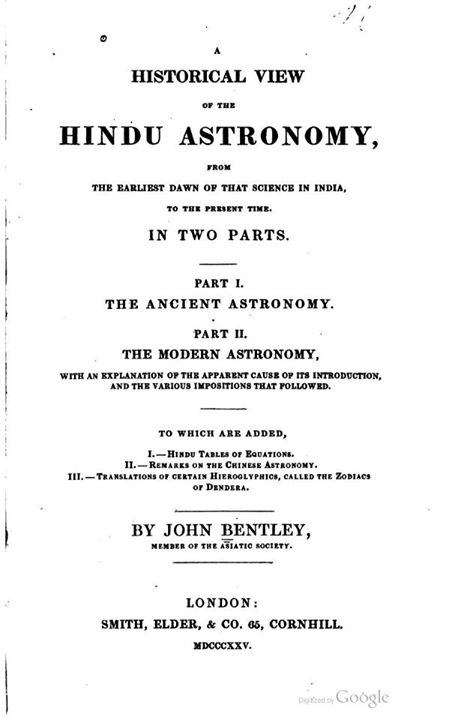 Digital Rare Book:
A Historical View of the Hindu astronomy, from the earliest dawn of science in India to the present time.
In two parts:
Part I. The ancient astronomy.
Part II. The modern astronomy, with an explanation of the apparent cause of its introduction, and the various impositions that followed. To which are added, I. Hindu tables of equations. II. Remarks on the Chinese astronomy. III. Translations of certain hieroglyphics, called the Zodiacs of Dendera.
By John Bentley
Published by Smith, Elder & Co., London - 1825