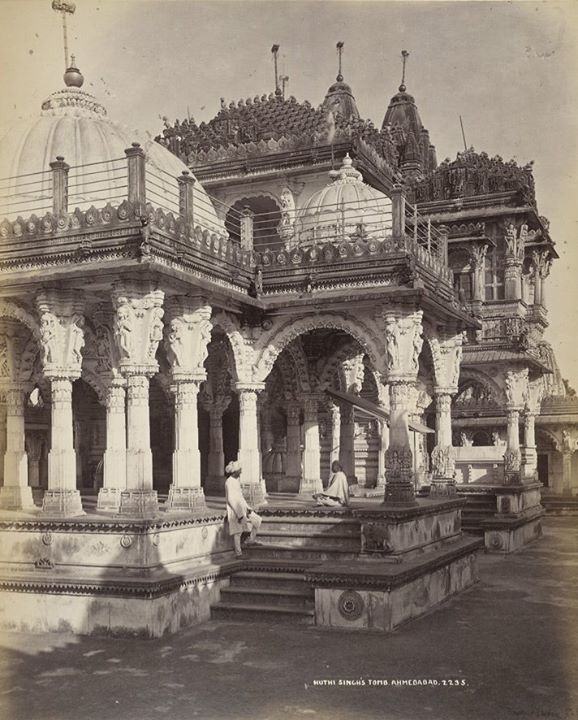 Photograph from the Macnabb Collection of the Temple of Hathi Singh at Ahmadabad in Gujarat, India, taken by Bourne & Shepherd during the 1870s. Ahmadabad is the principal city of Gujarat in western India. The architecture of the city includes interesting examples of a provincial style which flourished in Gujarat from the mid-15th century; elaborate stone and wood carving being an important aspect of this style. The Temple of Hathi Singh was built in 1848 and is the most ornate Jain sanctuary in Ahmadabad. It is constructed in white marble and decorated with intricate carvings with sculpted figures appearing in the brackets. This is a view of the entrance to the temple from the rectangular court in which it stands. It has three sanctuaries, each housing an image of Dharmanatha, the 15th Jain Tirthankara or Saint, to whom the temple is dedicated.


Copyright © The British Library Board

lots of good memories learning perspective drawing at this site eons ago!