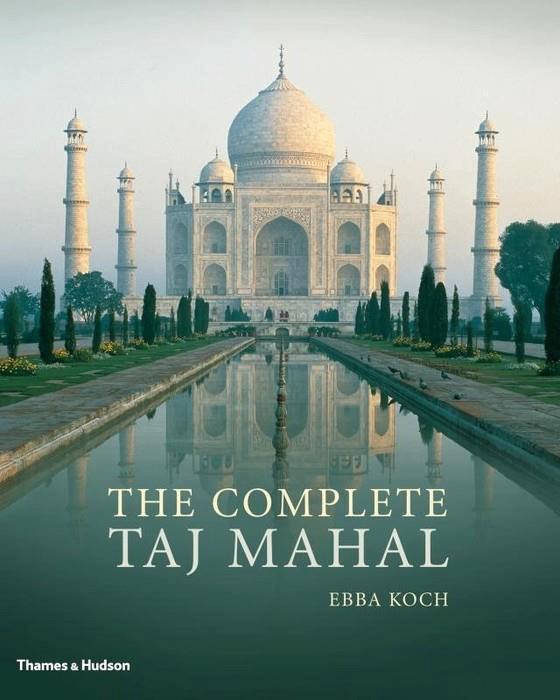 Book Summary:
The Taj Mahal is the masterpiece of Mughal art and one of the most famous buildings in the world. Yet until now, there has been no full analysis of its architecture and meaning. The lost world of the Agra gardens and the greatest monument to love ever built, are recreated here through superb scholarship and evocative illustrations.

Ebba Koch has been working on the palaces and gardens of Shah Jahan for thirty years, and on the Taj Mahal itself – the tomb of the emperor’s wife, Mumtaz Mahal – for a decade. Here, in hundreds of new photographs and drawings, she provides the first detailed documentation ever published on every building in the vast complex.

She gives special attention to the floral ornamentation both the famous pietre dure inlay in white marble and the rich relief carving in marble and red sandstone. Reconstructions allow us to see the monument in the context of Shah Jahan’s Agra, and the author explains its design and construction, its symbolic meaning and its history up to the present day.

About The Author:
Ebba Koch is Professor of Art History at the University of Vienna, and has been the architectural advisor to the Taj Mahal Conservation Collaborative since 2001. Among her previous books are King of the World: The Padshahnama, Mughal Art and Imperial Ideology, and Mughal Architecture, which has become the standard work on the subject.

Wonderful-Thanks for sharing this beauty...

Perhaps the most complete book regarding Taj Mahal. I have a copy. Nice reading, pleasurable browsing and precious possession.