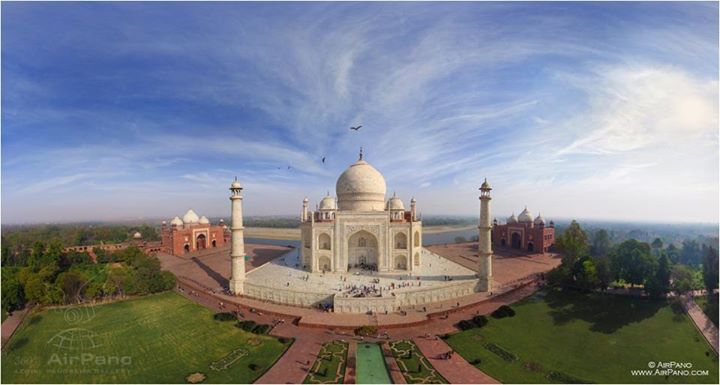 ...who designed the Taj Mahal

Though the Taj Mahal is considered to be the zenith of Mughal architecture, the identity of its architect remains a mystery, in part perhaps because Shah Jahan seems to have played such an active role in its design. In his obsessive drive for perfection, he may have served as his own artistic director, making the personal overseeing of his artists part of his daily routine.

According to art historian Milo Beach, "This is something we simply have to speculate about. We know Shah Jahan was interested in architecture. We know he was interested in architectural decoration and design. Clearly, he was consulted. He was probably very interested in continually seeing the plans as they developed and commenting on them, and suggesting changes that might be made. The idea that he did any more than that, in terms of the design, is unrealistic. Clearly it's a building that was designed by professional architects who knew what they were doing, not by a prince and an amateur. But an architect was, in a sense, a kind of functionary. Architects and painters never achieved the kind of acclaim that placed them within the ranks of the nobility, for example. They were recognized, but they were never given an enormous amount of importance."

I recall a novel by a British author who had narrated saying Shah Jahan conceived the idea of building a memorial to his loving wife Mumtaz Begum when she was on death bed, her breasts revealing. This remained in his mind while getting a design done for her memorial, that is world famous today. Mumtaz Begum died at a young age.

@ Gouri Satya...trust a Brit to look foe eroticism...in the most unlikely places.

No doubt the Taj Mahal was built by engineers with extraordinary skills. But to say that Shahjehan did little more than comment and suggest makes nonsense of the 'brief' that every client gives to his architect when contemplating a building project; and his ongoing involvement thereafter. Without Shahjehan's vision and refined aesthetic sensibilities the Taj would not been the wonder it is - a monument that still strikes awe in architects like myself.

the architect is unknown as the taj is a SHIVA Temple converted into a memorial to a begotten & besotted king ,yes shah jahan could have overseer the conversion into the memorial