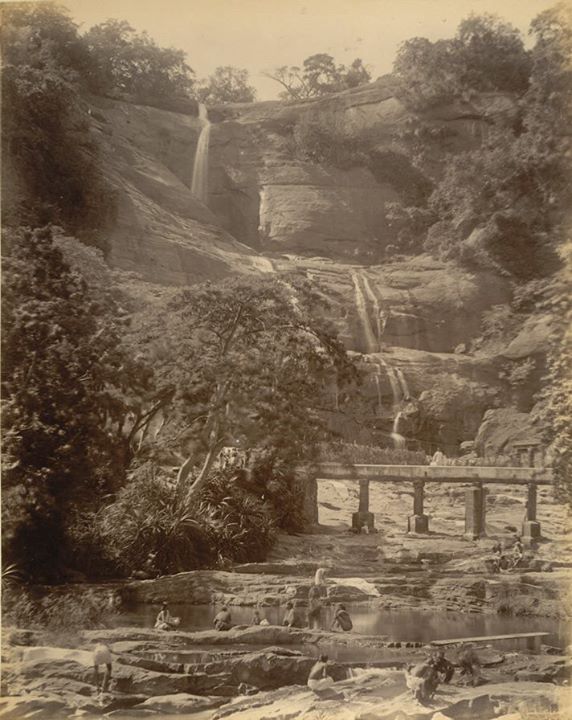 Photograph taken about 1900 by the Government photographer, Zacharias D'Cruz of a view of the water falls at Courtallam, part of the Curzon Collection. George Nathaniel Curzon was Under Secretary of State at the Foreign Office between 1895-98 and Viceroy of India between 1898-1905. It is one of 76 prints in an album entitled 'Album of South Indian Views'. This waterfall is situated in a very picturesque scenery in the Western Ghats and is said to have medicinal properties. The main cascade is formed by a three-stage drop 91 metres high. The site takes it names from the Kuttalanatha temple, a Shiva temple which attracts many pilgrims.

Megan if you can send me your email address I will send you many historical pictures of India during the British Raj, if you do then send it in my inbox.

Hello Mr. Anwar. How can I gather your collection online?

I love this material - thanks (i'm forwarding this to my step son who lives in India, is a photographer, and does custom wood work for very up scale interior design often recreations of tradition motifs ...

Never seen this before .thanks for sharing .

thanks for sharing... worthful sharing

it seems it will look better now

i think now its 2 stage falls