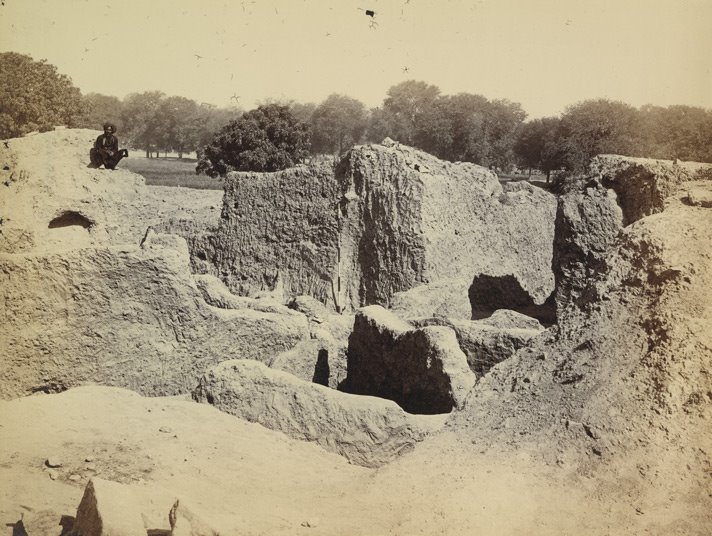 View of the Jain stupa as excavated, Kankali Tila, Mathura - 1889

Photograph of the Jain Stupa at Kankali Tila, Mathura, taken by Edmund William Smith c.1889. Mathura has extensive archaeological remains as it was a large and important city from the middle of the first millennium onwards. It rose to particular prominence under the Kushans as the town was their southern capital. Bloch writing in 1900 states that: ''The excavations were carried on by Dr Burgess in January 1888, and by Dr Führer in January 1889...Most of the sculptures shown in the above plates come from this mound.'' A. Cunningham in the 'Report of a tour in the Central Provinces and the Lower Gangetic Doab in 1881-82' reported, "The Kankali mound, 2 miles to the north-east, was the site of a Jain establishment, where I dug up many Jaina figures, one of which, by its inscription, declared itself to be a statue of Varddhamana, or Mahavira, the last of the twenty-four Jaina pontiffs."

Kanika Kishore Saxena For you.

besides the murtis another interesting finds are the Jain ayagapatas with the ashta-mangal symbols.