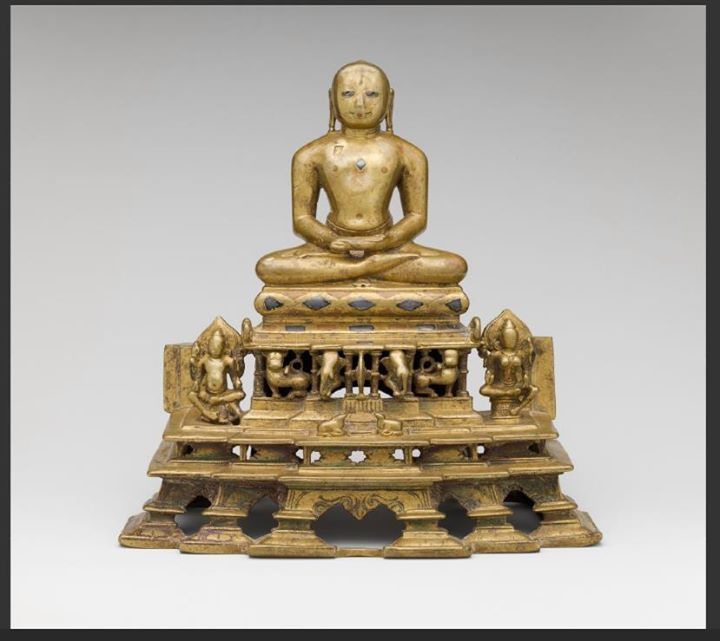 To the general public Jainism is little more than a mere name, and even students of the Religions of India have often failed to give it the attention it well may claim. True,out of India s 315 millions less than one million and a quarter (1,248,162) to-day profess the Jaina faith,and the last twenty years have witnessed a steady decrease in the number of its adherents ; but, its numerical weakness notwithstanding, Jainism can make its own distinct appeal for a more informed acquaintance with its special tenets. If Professor Hopkins is right, and we believe he is, in affirming that Jainism represents a theological mean between Brahmanism and Buddhism,then assuredly a serious study of Jainism becomes incumbent on all who may seek to understand aright either the early Brahmanic ritual or the trenchant and for long effective Buddhist protest which that elaborate ritual evoked.

In that sixth century before Christ which in so many countries witnessed an earnest aspiration after higher truths and nobler lives, the country of Bihar was strangely agitated by the teachings of not a few bold reformers, men then styled heretics. Mahavira, Buddha, Gosala, Jamali, all founded sects of their own, and others there were who vied with these either in propounding rival heresies or in establishing separate monastic organizations. Yet of all these ancient Orders one only has survived in India down to the present day, and that one is the Jainism founded whether by Mahavira himself or by his reputed master Parsvanatha. It were surely at once an interesting and an instructive study to search out the causes that enabled Jainism thus to weather the storms that in India wrecked so many of the other faiths. Quietly, unobtrusively, Jainism has held on the even tenor of its way : but why ?

Here, for the student of Comparative Religion, lies a fascinating problem.

The jina is represented as a supreme yoga and acharya, an illustrious religious teacher. Elevated on a stepped cushioned throne supported by lions and elephants, symbols of bravery and strength, this tirthankhara embodies the Jain virtue of spiritual wisdom. An openwork back plate (now missing) would have evoked the heavenly palace in which he resides, accompanied by celestial adorers. His principal attendants—a seated yaksha and yakshi—flank the throne, and kneeling deer listen to the teachings symbolized by the wheel (dharmachakra) at the center of the throne pedestal. This icon was once gilded—traces can still be detected—in keeping with the desire that it emit a sacred aura like that achieved by light reflecting off gold. Indian religions have long seen the ability to absorb and radiate light as indicative of divinity.

Source: The Metropolitan Museum of Art