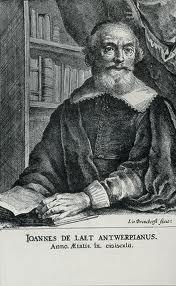 Digital Rare Book:
The Empire Of The Great Mogol
By James S.Hoyland
Published in Bombay - 1927

Joannes De Laet, the Flemish geographer, philologist and naturalist, was born at Antwerp in 1593 and died at Leyden in 1649. His public life began at about 1625 when he ' occupied the position of the Director of the Company of the West Indies/ Later on he became one of the Directors of the Dutch East India Company. We do not know what part he played in the commercial extension of the Dutch nation in the East. But as a Director he was in touch with East Indian affairs. This enabled him to gain a knowledge of the East and especially of India, which knowledge he supplemented by a patient perusal of existing itineraries and geographies. The results of his studies he made available to the public by the publication in 1631 of the De Imperio Magni Mogolis, sive India vera, Commentarius ex vams auctoribus congestus.